August 31, 2016
Here we will see the principles behind the very designing of each and every thing in Python - Zen of Python.
In the IDLE window, type in the command import this
See the magic.

The Zen of Python, by Tim Peters

Namespaces are one honking great idea -- let's do more of those! 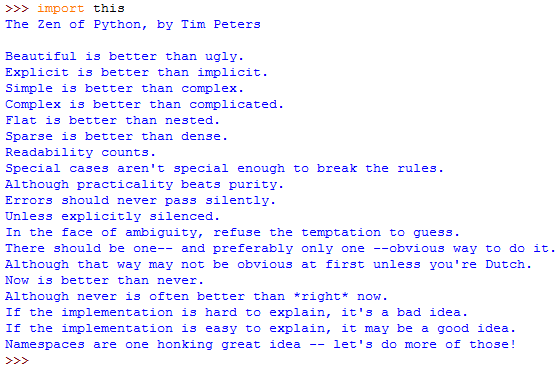